“It just transports me back to that time,” James Dybas tells me as we flip through photographs from his Broadway debut in Richard Rodgers, Stephen Sondheim and Arthur Laurents’s Do I Hear a Waltz? (marking its 50th anniversary in March 2015). “There I am, barely 21 years old,” he says, “my first Broadway show, with Steve and Arthur Laurents and Mr. Rodgers. The Créme de la créme. You have to pinch yourself every now and then,” He laughs a little and then spontaneously sings the phrase, “I was younger then …” from “Someone in a Tree.” Not entirely unexpected from the buoyant and affable performer who also originated the role of the Old Man in Pacific Overtures 11 years later. 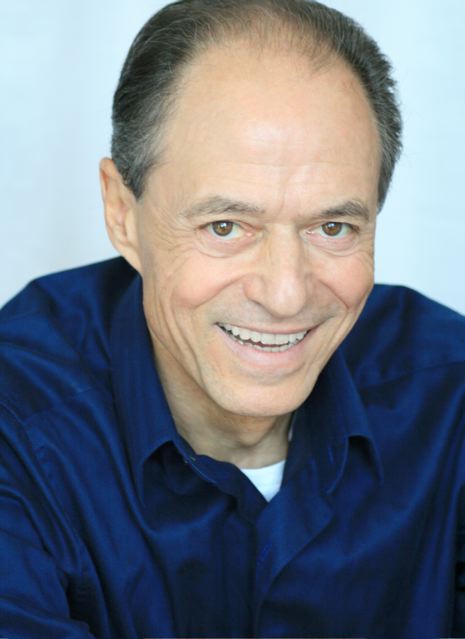 At age 70, Dybas has had a long and diverse career on Broadway, in road companies, regional theatre, TV and film. But the spry, agile actor got his start in the romantic 1965 musical playing Vito, the young son of Renato De Rossi, portrayed by Italian crooner Sergio Franchi, also making his Broadway debut. With a sharp memory and keen sense of storytelling. Dybas relates how his ability to be ethnically ambiguous has served him well.

“It started with Do I Hear a Waltz?” he explains. When I went into the audition, the casting director asked me if I had an Italian background because, ‘Mr. Rodgers only wants Italians to play the Venetian characters.’ And of course I said yes, my name had been shorted from Dybacelli; my father was from Palermo and my mother from Sicily. Nobody caught on,” he giggles. Actually, his parents were first-generation Americans of Polish and Ukrainian descent, but he’d learned that if you want a life in the theatre, you need to do what’s necessary to book the job.

Like Pulcinella, the crafty stock commedia dell’arte character, Dybas went to the phone book and looked up Italian-born actor Ruggero Romor, who played Vito in Laurents’s The Time of the Cuckoo, the 1952 play that was the source for Do I Hear a Waltz? (It also formed the basis of the 1955 David Lean film Summertime, starring Katharine Hepburn.) Dybas set up his tape recorder and asked Romor to repeat some lines from the show so he could hear the authentic Italian accent. Next, Dybas read for the play’s director, John Dexter, and afterward he was brought back to sing for Rodgers and Sondheim, smartly choosing the Neapolitan ballad “Torna a Surriento.” It nailed the role for him.

Ironically, by the time the musical came to Broadway, the character was a speaking-only role. “As it turned out I didn’t really sing in the production,” he points out,”though there was a song in which I had a few bars to sing called ‘Two by Two.'” But the song was cut during the out-of-town tryout, and those bars of music were replaced with the song ‘Here We Are Again.'” His part survived, though rewritten in the form of couplets sung by Signora Fioria (Carol Bruce), the sensual proprietor of the Venetian pensione that serves as the musical’s focal point.

“Then, when the notice goes up that we are scheduled to do the original cast recording over at Columbia Records, I see that my name isn’t on the list,” he tells me. “And you get a week’s salary for that!” But resourceful actor that he is, he decided to show up at the recording session. “After all, I did have a line I shouted in one of the numbers [‘Here We Are Again’] – ‘Buona sera’ – and someone would have to do it.” He didn’t tell anyone he would be coming: he just showed up, said the line and got a week’s salary.

Arthur Laurents has said, “I think that doing a musical is kind of hell, and you just hope it will be worthwhile at the end.” Though much has already been written about the extraordinary tension that pervaded the production, Dybas says,”The cast members were really tight. We had so much fun in spite of all that had been printed about the collaborators and what was going on between Mr. Rodgers and Steve. We would all go out dancing on Thursday nights, which was payday, and we’d go to places like Arthur’s and the Peppermint Lounge.” The ladies of the production, he explains, were formidable: charming beautiful, talented and funny. “I rank Elizabeth Allen’s voice up there with Merman, Dolores Grey and Karen Morrow.” Dybas adds about Allen, who portrayed Leona Samish: “She could go into her soprano but with lungs of steel. Just listen to her singing, ‘they even painted the damned sky,/Just so Leona could come here and cry.'”

He has kept all of his appointment books since 1964: “They’re almost like a diary, and as I reviewed the 1964/65 books, I saw I kept writing, ‘Dexter is a shit,'” referring to the production’s celebrated director. Much of this was reflecting on what Dybas saw as Dexter’s treatment of Allen. “Elizabeth was charming and lovely, but she was her own person and would stand up for who she was and what she wanted, and Dexter gave her a rough time.” Dybas talks about his warm friendships with other cast members: the incomparable Carol Bruce, Jack Manning and the notable Greek singer/actress Fleury D’Antonakis, who played Giovanna, the slothful maid.

“Fleury was so funny and brilliant. She had a little feather duster that she used to dust the furniture in the scenes, a bit like Prissy in Gone with the Wind. She put talcum powder in the duster, and we would howl as she gave each piece a whack. It broke much of the tension that was happening around us out of town and once we were on Broadway.”

He goes on to illustrate her waggish personality by describing her appearance on The Merv Griffin Show. “Merv said ‘You are from Greece, Fleury. Now what about your family?’ And she responded drolly in a thick Greek accent, ‘My father is a Cretin [from Crete] and my mother is a Lesbian [from Lesbos].’ I think it was the first time anyone on TV said that word. The audience roared.”

By all accounts Sergio Franchi was an easygoing guy with great Italian charm. Eager to immerse himself in Italian culture, Dybas would cook Italian food, heavily spiced. “One night I went into the theatre and Sergio says to me [mimicking Franchi’s dialect], ‘I don’t know how to say thees, but when we are having our scene you smell-a like garlic.’ After that I gargled like crazy before any of our scenes.”

He was lyrical about Laurents. “I had heard stories about Arthur, but when I got there he was just terrific. He was I was nervous and anxious about things. Was I honoring his words? You know everything changes after Vito enters. I said once, ‘I’m just an author’s device, right?’ Arthur smiled.”

On opening night Laurents gave all the cast members a present: a beautifully framed replica of a New Yorker magazine cartoon of a couple in a gondola. “He wrote a line from the show that he thought was pertinent to use,” Dybas says, “and on mine he wrote: ‘Relax and the world is possible.’ Because I was a kid and I wanted to be good.”

Dybas was good, and he went on to perform in two more Broadway shows before he arrived back in Sondheim-land in Pacific Overtures (1976). He would use the training in Japanese Noh and Kabuki he received as a member of Jerome Robbins’ American Theatre Lab to prepare for his roles as the Old Man, the Second councilor and the French Ambassador. He notes that he appeared “Asian enough” to be asked to audition, and when he was asked if his background was Asian he responded, “Absolutely!”

In Pacific Overtures he got the chance to flex his gorgeous baritone and display his versatility, and he counts his experience in that show as a highlight of his life. (One particularly exciting moment came on opening night, when Donna McKechnie awarded him the coveted Gypsy Robe, given by Actors’ Equity Association to the chorus member with the most Broadway credits.)

Years later when he was touring the U.S. and Japan in Fiddler on the Roof, on a day off he visited Kanagawa to see the Treaty House, so poignantly dramatized in the musical. And yes, there’s a tree there! He climbed up and had someone take a picture. “I was someone in a tree,” he smiles.