Summoned to a convent, Dr. Martha Livingstone, a court-appointed psychiatrist, is charged with assessing the sanity of a novice accused of murdering her newborn. Miriam Ruth, the Mother Superior, determinedly keeps young Agnes from the doctor, further arousing Livingstone’s suspicions. Who killed the infant, and who fathered the tiny victim? Livingstone’s questions force all three women to re-examine the meaning of faith and the power of love. Staged alley-style, similar to a tennis-match, the audience is engaged to participate in the continuing volley between science and religion. 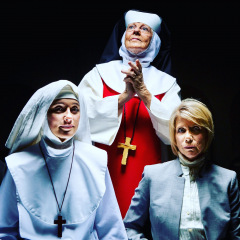 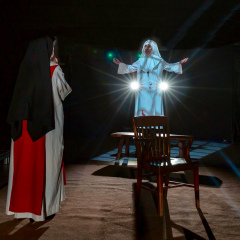 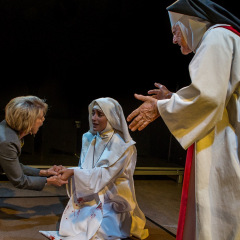 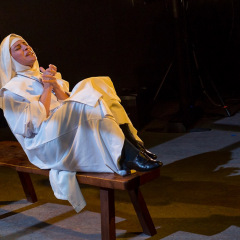 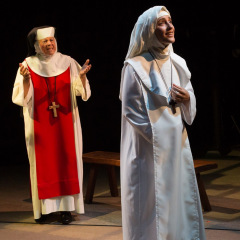 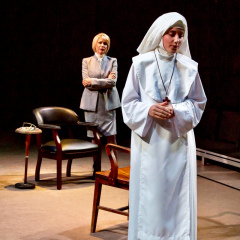