First produced at Theater Row in New York by the Clockwork Theatre Company the play is set in 1942 and based on the story of Angela Calomiris, a key witness in the sensational trial of the Communist 11, a group convicted of trying to overthrow the U.S. government in 1949. Recruited by J. Edgar Hoover, Calomiris infiltrates a communist cell in NY only to fall in love with the beautiful woman who is the cell’s leader. A story of desire, politics & betrayal, the production made extensive use of interactive multimedia creating a world of black vs. white that exploited modern theater technology. A KCACTF Regional Finalist and winner of six awards. 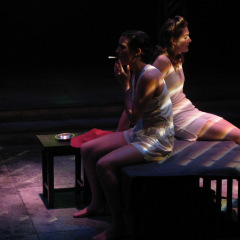 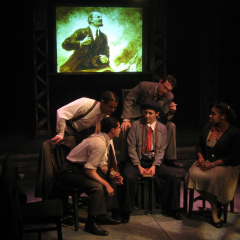 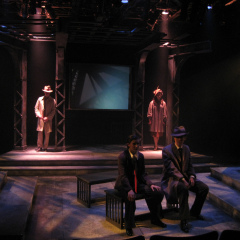 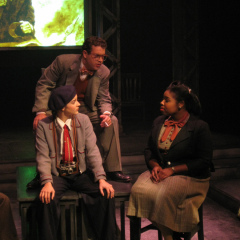 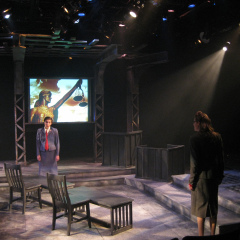 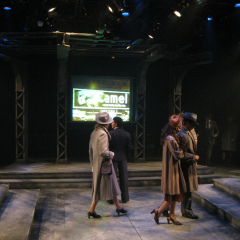 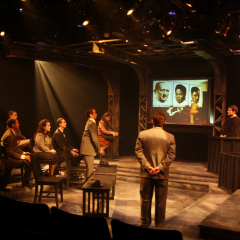 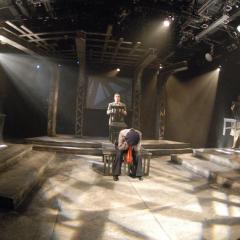