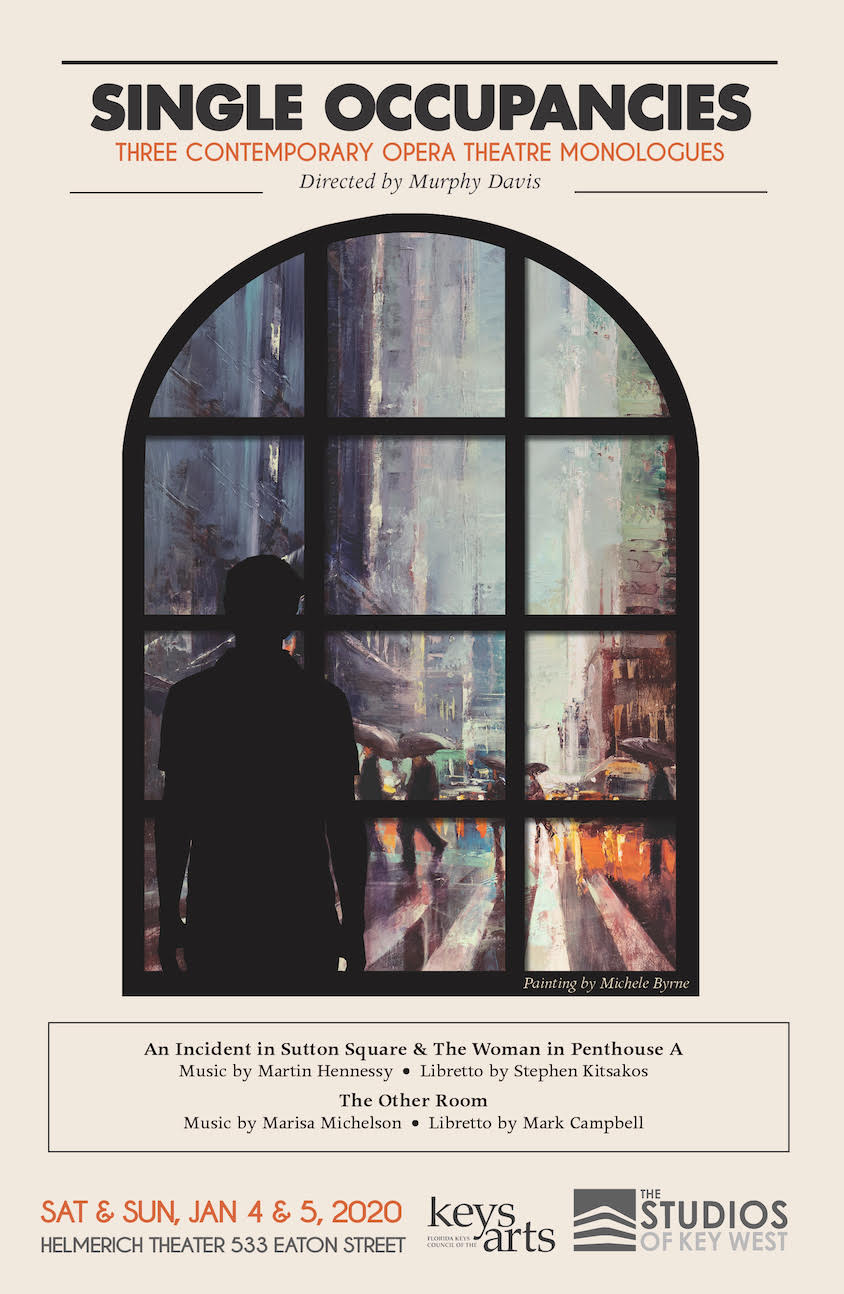 An Incident in Sutton Square

with Music by Martin Hennessy

Danny, an eccentric, boyish man in his mid-30’s is in the living room of his apartment in the swanky Sutton Place neighborhood. Dressed in pajamas and a robe, there is a palpable sense of neurosis. From a large, draped window he turns to tell us a story, an incident that occurred on the street below. It’s clear to us that we are listening to someone who has an affliction, a tendency towards strict order, routine and compulsion which undermines even the most ordinary and quotidian actions. Among other things, he describes the mourning for his late dog Cooper, and getting sidetracked he relates an encounter he believes he had, with the actress Yvonne DeCarlo. He comments on the power and fickleness of telling lies. He then moves on to explain, in the most matter of fact terms, that he is a “counter”, someone afflicted with arithmomania as he describes an afternoon walk he had recently taken.

For a brief moment he becomes an insightful and conversant tour guide, The walk, however, has been corrupted by distraction. He observes a dog- walker with five leashes approaching, and catches the eye of a little beagle who reminds him of his late dog. Intrigued by the dog, and absorbed with the dog-walker’s activity, he stops to watch, noticing that the walker, a tall, lithe woman, is abusing one of the dogs she is charged with. Danny is spellbound and then visibly shaken when he sees her physically strike the dog in her care. Emotionally outraged he wants to intercede but finds he cannot. His routine has been interrupted, and his compulsion to move on in order not to disturb the uncontrollable pattern of his behavior, overwhelms him. Ultimately he comes to the realization that he is on a leash too.